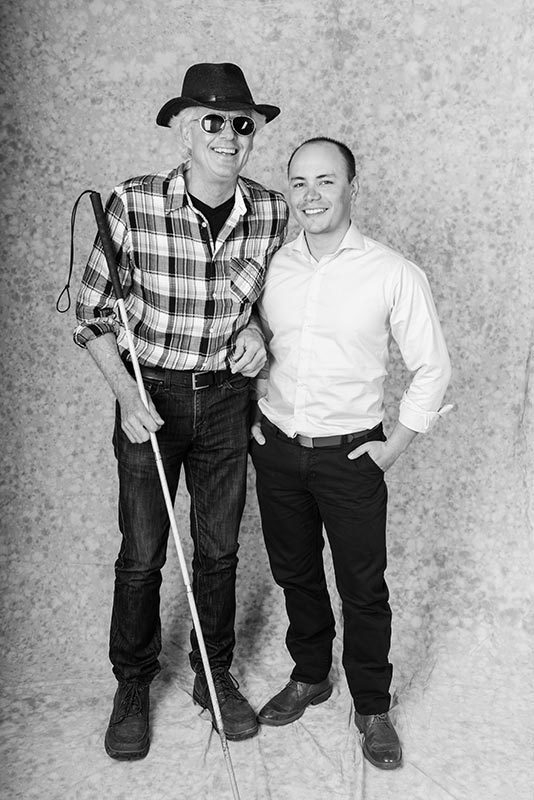 “John is like a son to me,” says David. For his part, John considers David to be his closest friend in the United States. The pair participates in many English In Action activities together, and frequently socialize outside of their classes. Since being matched with David, John’s English skills have improved dramatically, and now he is speaking at an upper intermediate level. John and his wife Paulina share dinner almost weekly with David to work on David’s Spanish. John has also branched out in his life, joining English In Action’s student leadership group, as well as opening his own business. John moved to the valley from Colombia in 2016. David—a former art gallery owner—has lived locally for over 30 years.